This time I have reorganized my forces (my collection) and as I have received the new Spanish infantry from North Star 1672, I will paint my new Tercio as the Tercio of Madrid "Old Reds" or Colorados Viejos, and my existing painted Tercio in red coat and blue facings, has become the Tercio of Barcelona/ Tercio de la Ciutat de Barcelona.  The miniatures were painted some years ago, and are Front Rank miniatures, superb quality, and more suited to 1680-1700'. 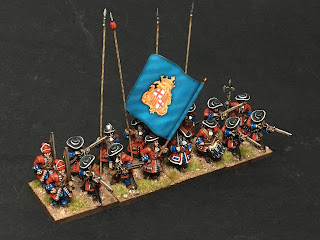 Tercio of Barcelona was at first, uniformed in green coats and yellow facings, but that uniform did not last long, asi it changed its colours just after a few years later... I mean, Tercio of Barcelona was dressed in green & yellow just in the second half of Franco Dutch war, and by the 1680' they were in their "new" uniform of red and blue, so they fought in the successful defense of Gerona in 1684 dressed that way, and in all the League of Augsburg War battles like the defense of 1689-90,  garrisoning the fortresses, the defeat at battle of Le Ter/Torroella or Barcelona. 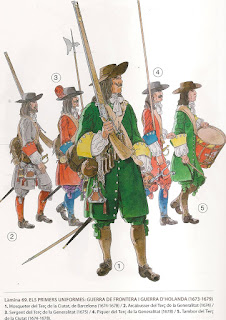 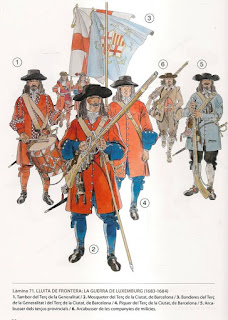 The flag I have used is from Adolfo Ramos flags, labelled as War of Spanish Succession, but this flag have been used earlier by the Tercio of Barcelona, so it is ok for me.

now some pictures of the finished unit! 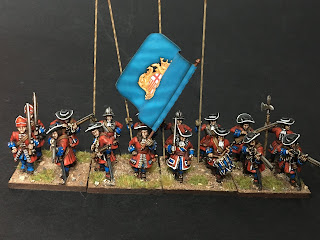 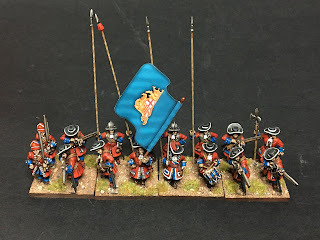 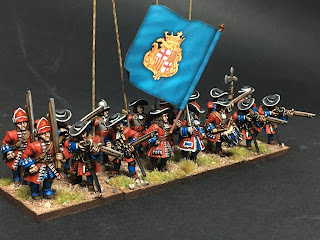 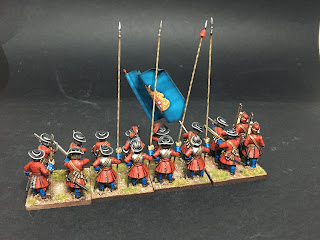 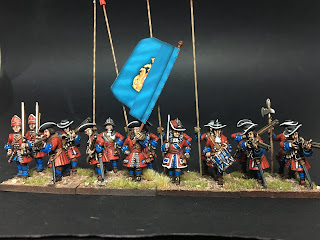 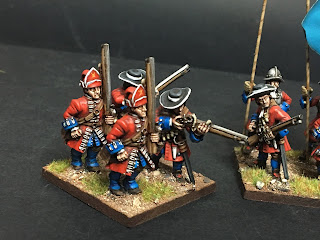 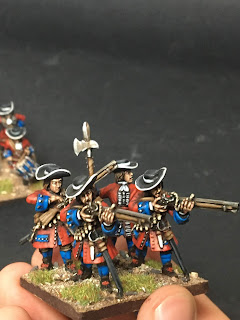 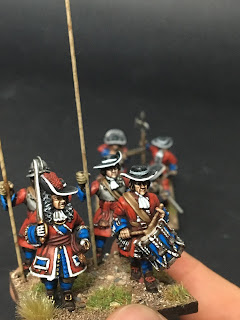 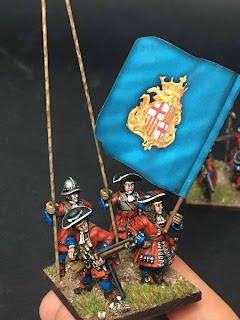 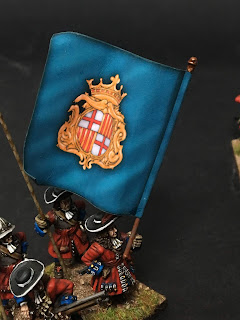