some months ago I decided to paint a small force for Warlord Games' Bolt Action, a defense force of the Empire of Manchukuo.  I know it is a rare subject, but I liked the idea of an auxiliary army fighting bandits, Chinese or Soviets in the steppes of Far East, with cavalry, outdated equipment and such. I started the project with a plane, a Japanese fighter in Manchukuo's service, you can see it here:
https://spanishleadpainting.blogspot.com/2019/12/air-support-for-bolt-action-manchukuos.html

And next miniature is a "tank" well, a tankette, a type 94, also of Japanese origin, we know Japan supplied Manchukuo with at least 10 of these vehicles throughout the war, amongst other vehicles, but I found this one was the nicest of all (imho).

The kit is in resin and metal, by Warlord Games, painted with Ammo Mig paints and weathered in the usual way of enamel washes, chipping and pigments. This time I think I did too much dusting on the vehicle, but it is not a big issue given the dusty and sandy terrain of the north China/Mongolian plains.

I downloaded a Manchukuo flag from the internet and added it to the tank, following the Japanese way of attaching flags to vehicles, in order to give some colour to the little model.  It's not my best paintjob, but I like it anyway. 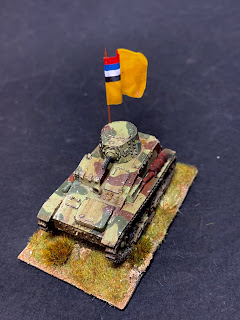 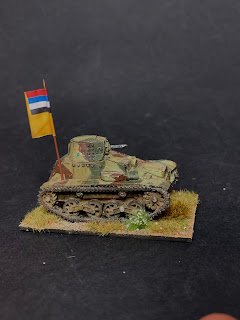 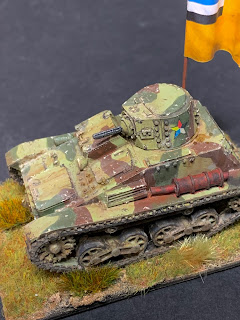 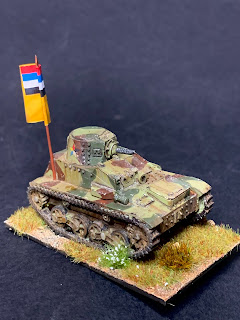 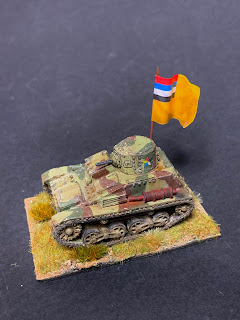 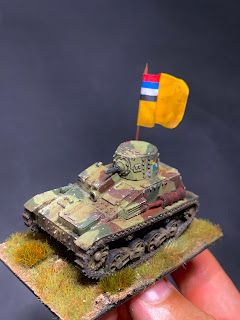 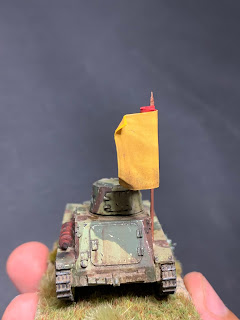 I also like to use a picture of me with the vehicle painted, It is almost a tradition in this blog, so... here you have. 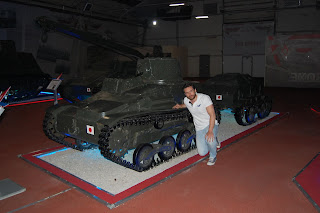