This time I come with a heavy post, in all senses (bad joke), Sassanid heavy Savaran “knights”. The Sassanid Clibanarii armed with bows and hand weapons like maces or swords, I also have Cataphracts/Clibanarii with Kontos (very long spear) and bows but they will come in a future post, as they are not all painted.

The Aswārān (singular aswār), also spelled Asbārān and Savaran, was a cavalry force that formed the backbone of the army of the Sasanian Empire. They were provided by the aristocracy, were heavily armored, and ranged from archers to cataphracts.

I bought this miniatures second hand, unpainted, from a member of Lead Adventure Forum, some years ago. They are a mix of Armorum & Aquila miniatures with some Gripping Beast miniatures. In my opinion they are not as nice as most recent Aventine miniatures Sassanids, they are nice enough for me, and they are historically accurate, more suitable for Early Sassanid armies.

I chose bright colours, as I see this type of colours and patterns in several artworks from books and magazines, I also got inspirations from pics of painted armies like the one depicted in Warhammer "Beyond the Golden Gate" or Dr. Phil Hendry's own army.

I have 3 units or 3 bases in total,  based initially for Basic Impetus, but I also play Hail Caesar. I painted one of them in the last few days, but the other two units were painted some years ago. I took pictures of all of them yesterday.

The first one, painted in late May, 4 miniatures: 3 A&A miniatures, 1 Foundry horse, 1 Gripping beast rider and horse. By the way, the standard is Aventine Miniatures! 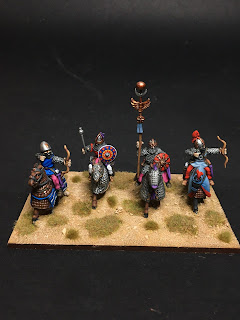 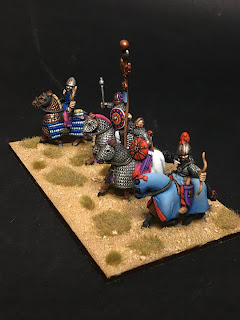 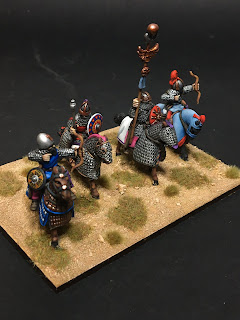 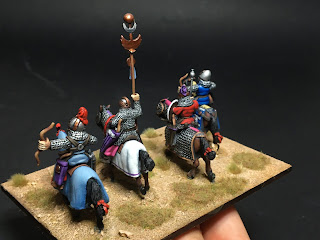 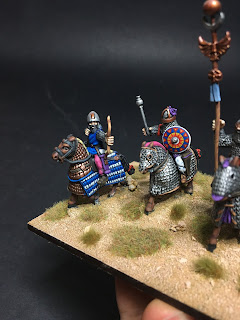 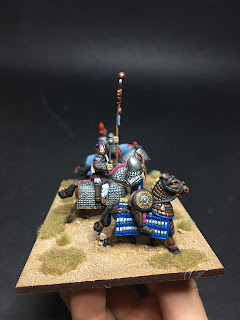 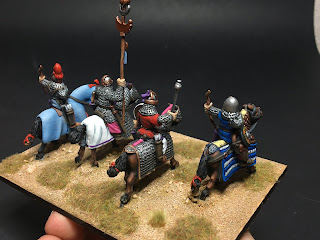 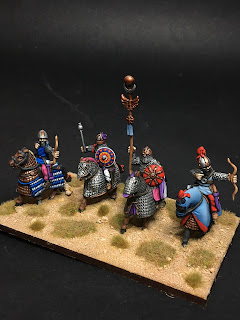 The second unit, painted some time ago, 3 A&A miniatures with a Gripping Beast 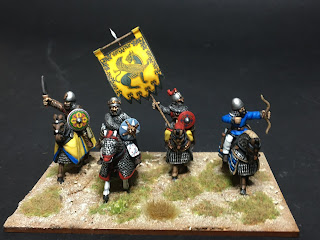 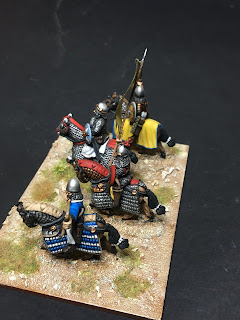 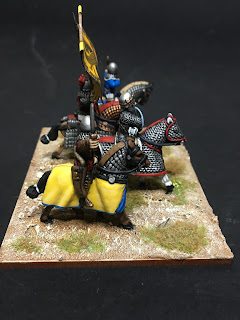 The Third unit, painted also some time ago, 3 A&A miniatures with a Gripping Beast 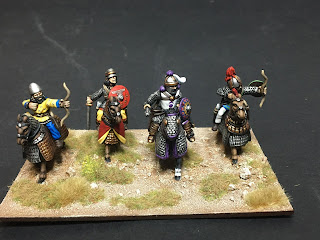 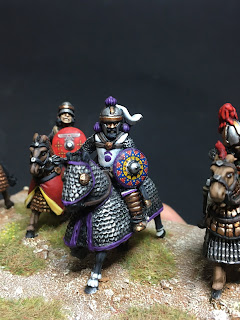 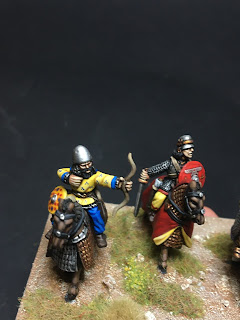 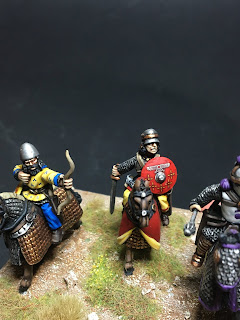 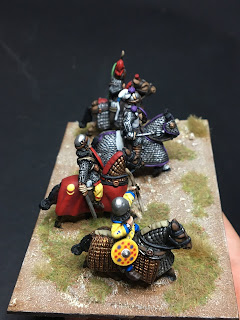 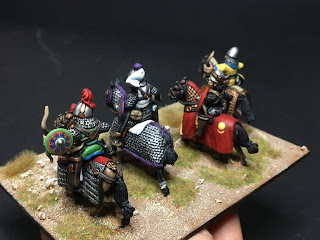 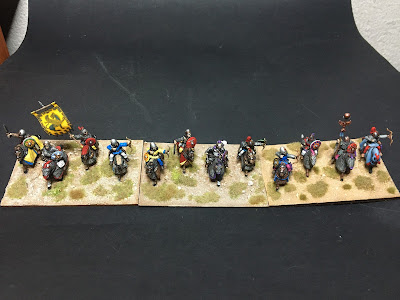 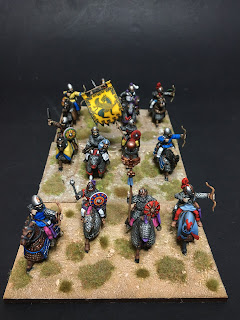 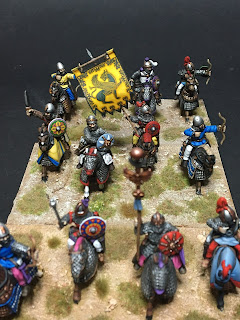