I have been trying to include a little unit of Lakhmid cavalry to my Sassanid Persian army of III-VI centuries since 2017, but without success, due to the lack of appropriate miniatures, Until now (imho).

The Lakhmids were an Arab (Nestorian Christian) kingdom of southern Iraq with al-Hirah as their capital, from about 300 to 602 AD. They were generally but intermittently the allies and clients of the Sassanian Empire, and participant in the Roman–Persian Wars.

In the battle of Dara, and later in Callinicum (533 annd 534 AD) they fought in great numbers (roughly 5000 men, mostly mounted) as horse archers, regular cavalry and some camel riders. 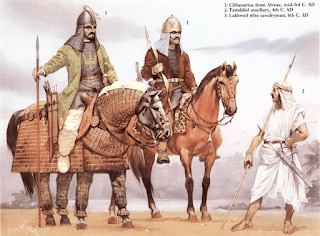 The miniatures themselves are the following: 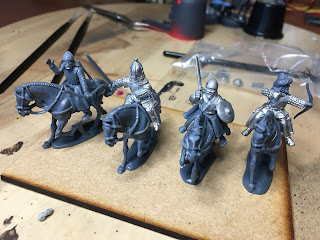 I decided to use a mixture of Gripping beast plastic Arab heavy cavalry, and Armorum & Aquila Sassanids horse archers in armor. There is also a metal javelinman cut in half and converted into swordsman with bow.

The plastic kit is quite versatile, I used the horses provided in it for all miniatures, and the lower half of the riders for a couple of miniatures, but I cut and sanded the stirrups in order to eliminate them
(they would appear a century later )

The plastic bodies are nice, with lamellar armor, perfect for this project, as I have seen depictions of Lakhmids using it. 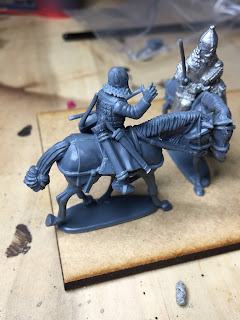 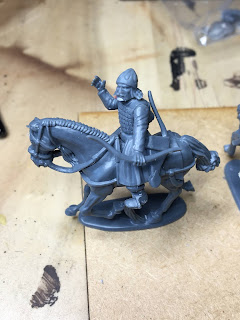 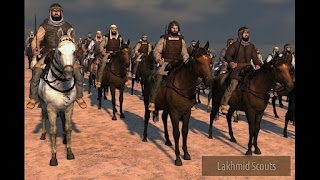 example of Lakhmid cavalry in videogame "Attila Total War", just for painting inspiration, but showing an interesting variety of equipment.


Also some heads are suitable for Lakhmids, like the plastic Sassanian style helmet, or the metal helmet with a cloth surrounding it (to prevent the heat in the metal helmet). It seem in that era turbans were not used, so I avoided turbans and other stuff more proper to the crusades era (like muslim curved swords or later types quivers for arrows etc). 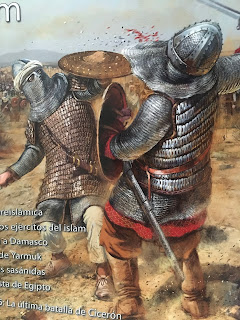 In this image of Spanish magazine "Desperta Ferro" you can see a Muslim warrior (left) fighting a Sassanid champion (right), although is a century later than battles between Belisarius and the Sassanids, the equipment probably was very similar, I am referring to the clothed metal helmet of the Arab. 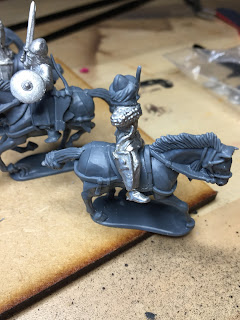 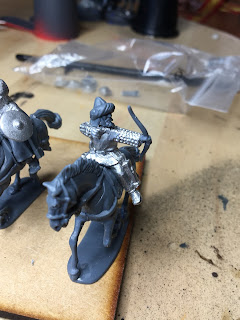 this guy is a Sassanid body (Sassanid provided most of the equipment and weapons of Lakhmids) with an Arab head, with a similar helmet of the previous illustration and screenshot of the videogame "Attila Total War". 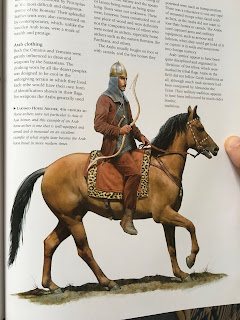 This well equiped horse archers is similar to my noble or officer : 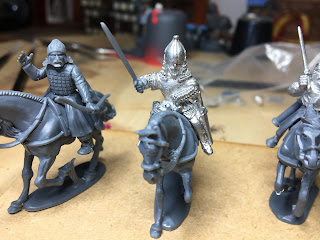 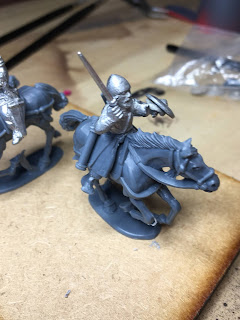 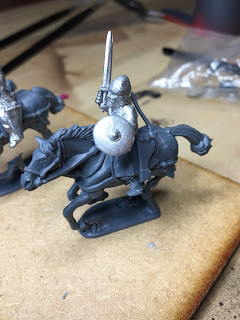 I will additionally use Sassanid shields with its transfers by littlebigmen studios. 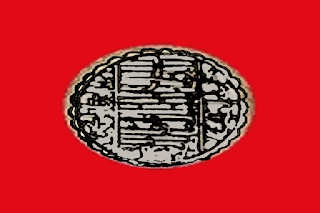 I found this banner on the internet, it seems it belonged somehow to Lakhmid Arabs, but I am by no means sure of that... I will not use it becuase the origin of the information is not known to me.


Finally, you can see here, in the good old Warhammer Ancients Battles supplement, a brief description of the Lakhmids in Wargames, as they appear in several rule sets and army lists as "Arab cavalry" and other similar names. 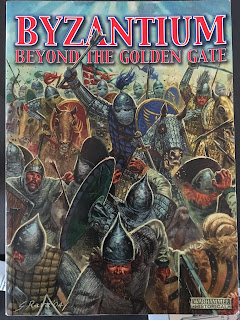 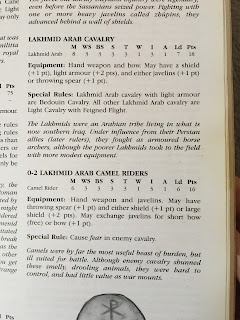 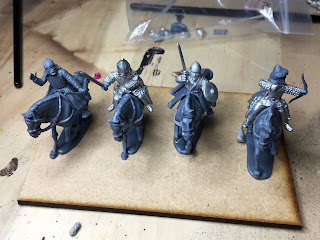