This time I have finished another late XVII c. unit, a French Petárd team with storming party of grenadiers and pikeman. This unit is intended for my project "The Siege of Gerona 1684", shown previously in this blog (just tag "Gerona 1684"), although as the pétard is in a separate base, I can use it for games set in 30 Years War or English Civil War  or Franco Dutch War...

The soldiers are French, from "La Reine" regiment, present at the historical battle, I like their uniform, so finally I went for them instead of other famous regiments that assaulted the walls of Gerona after a heavy bombardment.

These guys are ready to join my previously painted armoured enfants perdús and grenadiers to storm the breach! 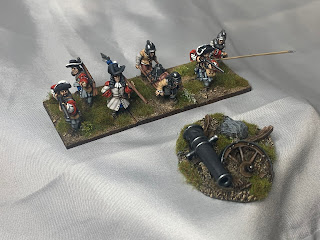 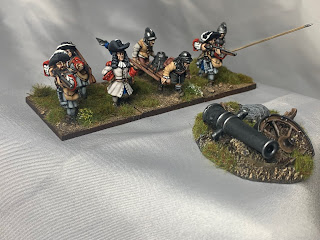 The miniatures are a mixture of Wargames Foundry and Dixon's Grand Alliance, both ranges are quite old, but still very nice with a lot of personality, I love both of them although  they are more in the small size compared to more recent North Star 1672 or Front Rank.
There are also minor conversions; the officer with partizan is Foundry Marlburian officer, I cut and trimmed his tricorn, and put him a broad brimmed had and plume instead, also a shoulder ribbon from Front Rank and a partizan by Bicorne miniatures.
The other conversion is a Dixon's grenadier throwing his grenade, he had originally a tricorn too, but it was cut and substituted by a informal tricorn or slouch hat.
Finally the paints are a mix of Foundry triads and Vallejo, I like to mix different shades of light grey to my units in order to break the monotony, this time I used Vallejo neutral grey for some and Citadel Rakarth Flesh+Ivory for the rest.
I specially like the the tones of some Foundry triads like Buff Leather and Dark African Flesh, I use them a lot for creamy tones and dark browns.
Some close ups: 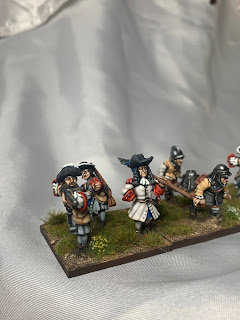 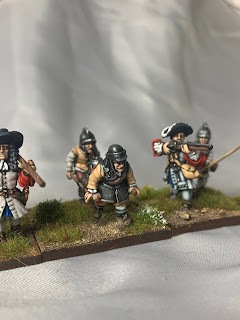 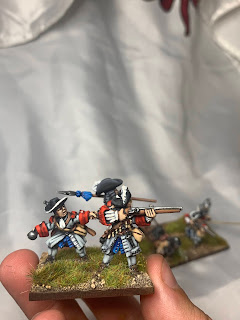 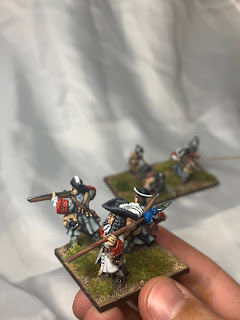 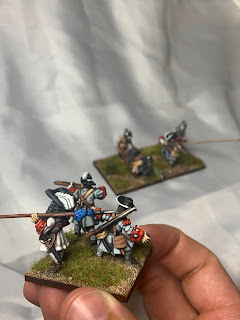 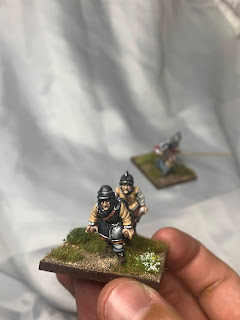 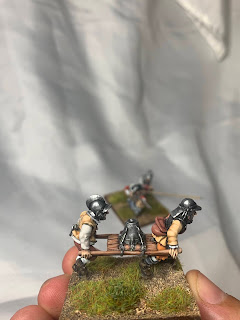 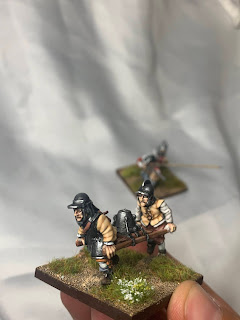 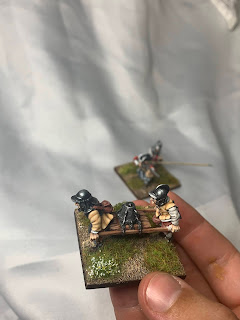 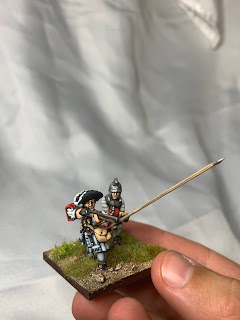 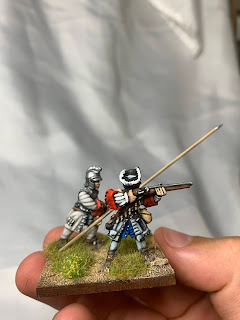 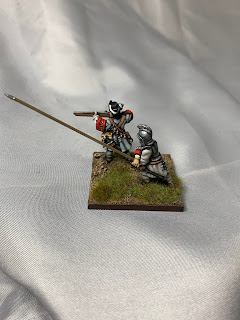 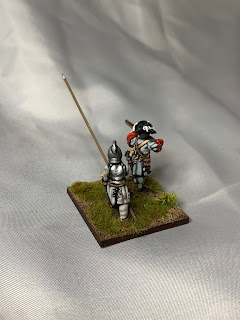 And now the unit in its full glory in different angles, by the way, the small scenery piece of destroyed cannon is casted in resin by a Polish company whose name I can't remember... but is quite solid and easy to paint. 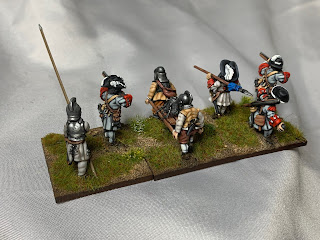 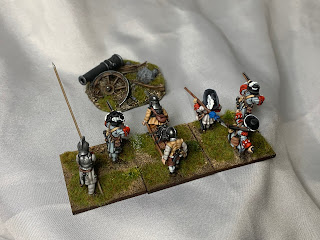 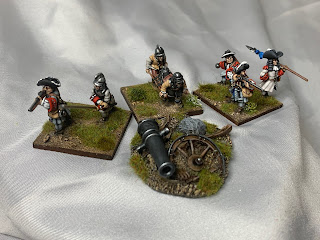 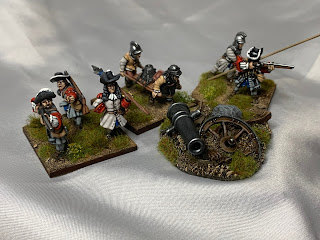 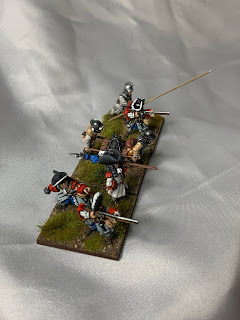