I bring you just a quick update of last month's painting, a couple of German WWII anti tank guns, 7.5cm Pak 40,  in plastic, from Flames of War, these are from the old set "Open Fire".   I don't paint 15mm miniatures quite often, but these were fairly easy to paint, although they are not my best paintjob, as I prefer to paint vehicles. 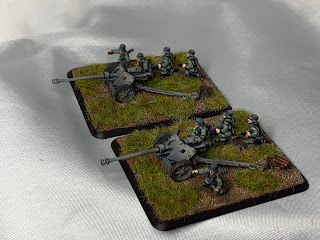 I used an airbrush to paint the guns, using Ammo Mig paints and products to do the weathering, later  I used beach sand and static grass to make the bases.

I painted them in panzer grey, although at the end of 1942 it was about to be changed by the famous dark yellow used by the Germans from mid war until the end of the war... this limit a little bit the useage of this guns... but as my friend and me are not "button counters" I will probably field them in games set in later stages of the war.

This summer I played several games of Flames of War with a friend, mostly battles set in 1942-43 in the eastern front, so I needed heavy AT guns to counter the waves of Soviet  T-34's fielded by my friend... My panzers III and IV (short barrel) were not enough, so a couple of brand new (at least in 1942) Pak 40 will bolster my Wehrmacht forces during Fall Blau offensive. 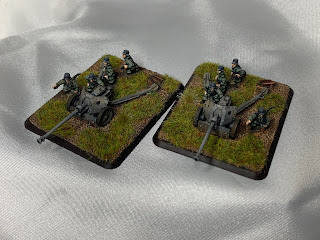 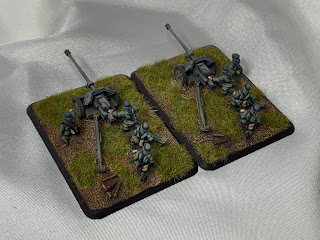 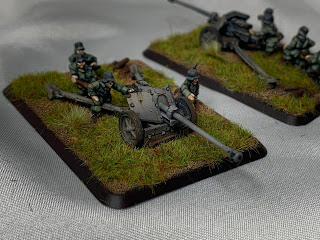 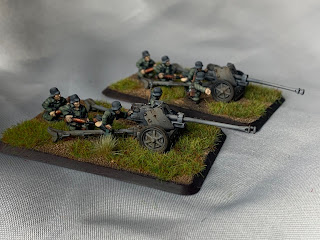 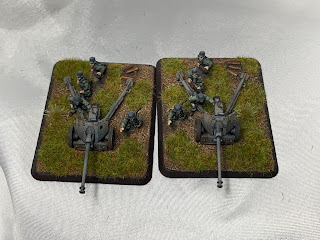