Some time ago I wanted to include in my late Roman army a unit of ballistarii, or crossbows... As far as I know, there are not specific miniatures for the "rare" late Roman crossbows, so I needed some conversion work... How? well, I took 4 Psiloi of "Crusader Miniatures" Byzantine range, and substituted their heads them with Roman/Arthurian heads from "West Wind"... and voilà, sort of a Roman ballistarii. 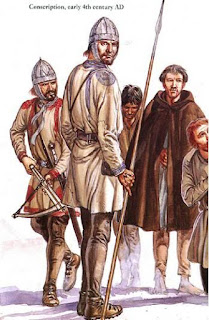 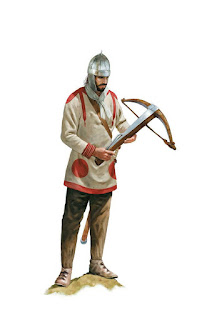 Now the miniatures, they are based for Impetus (well, Basic Impetus), but perfectly suitable for other games like Hail Caesar or any other flexible game that uses multibased miniatures (so not SAGA). 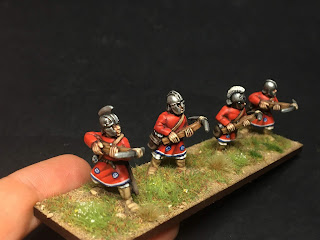 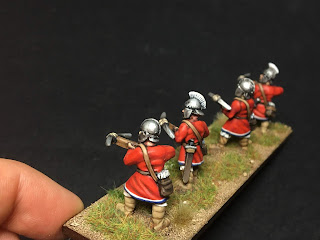 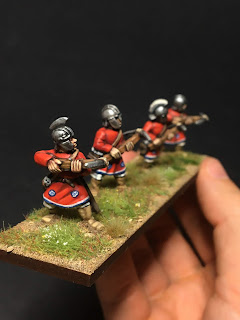 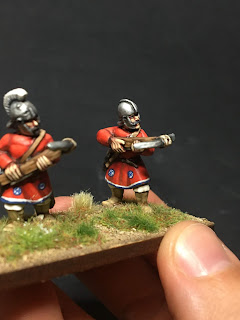 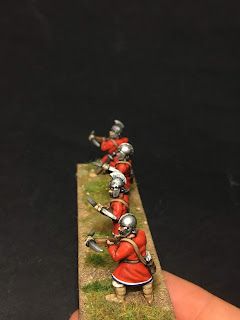 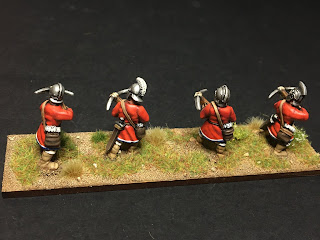 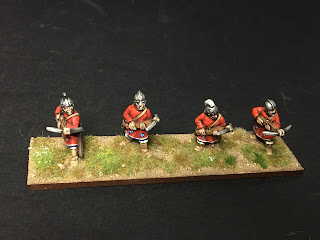 And now, just a test model for another simple conversion that I will cover in another post: Late Roman "Funditores" or slingers. I use Gripping Beast  plastics to convert these, very simple, and painted in a "fast" way. 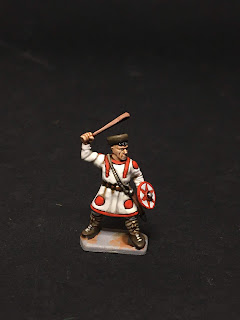 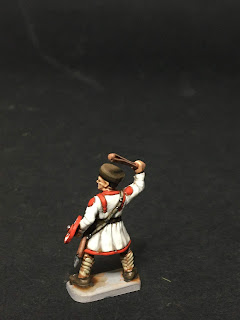