This time I have painted a miniature that I have special fondness for, "Captain Alatriste", well , a proxy of him by Anno Domini 1666 miniatures.

The Polish company Anno Domini 1666, produces excellent metal miniatures set in the 17th century, with various factions including Poles, French, Germans, Spanish, Ottomans, even generic fantasy ones, for their skirmish game, which I have not tried.

In my case I bought some French king's musketeers, some Spanish ones, and some loose miniatures.

For those who do not know, Captain Alatriste is the main character in a series of novels by the prestigious Spanish writer and member of the Royal Spanish Academy of Letters Arturo Pérez-Reverte.

The novels deal with the adventures of a Spanish soldier in the first half of the 17th century, born in 1582. The novels are very fun and historically accurate, and the protagonists face Dutch, Venetians, Turks, French, English, pirates and against other swashbucklers, in Madrid and other places in Europe, Alatriste and his mates participated in the siege of Breda in 1625, the battle of Nordling in 1634, or the battle of Rocroi in 1643. 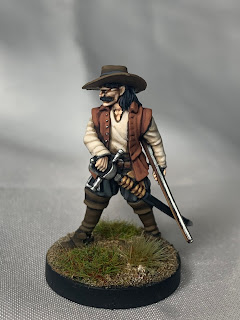 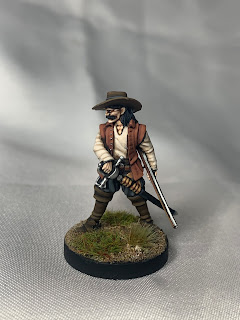 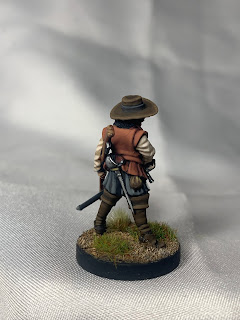 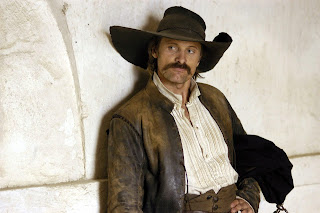 Viggo Mortensen in the film about Capitan Alatriste (2006)

I personally will use the captain alatriste miniature as the leader of my Warband for skirmish games like Donnybrook or a custom-historical version of mordheim.

I painted him mostly with Foundry paint triads, and then an ultra matt varnish by Green Stuff World.