After a year without any posts about my late antiquity collection, now is the turn of a little update, a couple of bases of Herul cavalry, for my Belisarius army, based for Impetus. 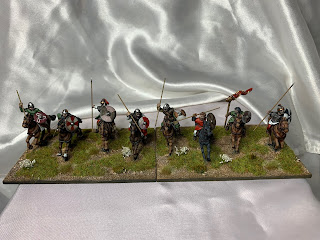 My plan is to complete my Early Byzantine army of Belisarius at the battle of Dara, 530 d.c. and there was a Herul contingent commanded by Pharas "the Herulian", one of the commanders of Belisarius.

These horsemen were painted a long time ago (2014!), but never placed them on bases. Also my painting style have changed a little bit since I painted them.

Appart from being my Herul foederati, they also can be almost any generic germanic cavalry from III d.c.-VI d.c. in my opinion.

The miniatures are a mixture of Gripping Beast metals, some Crusader and Westwind. 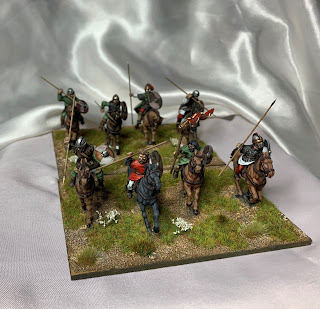 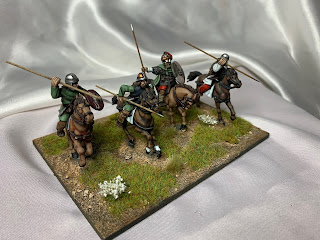 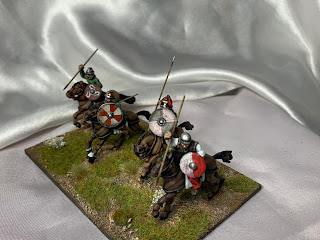 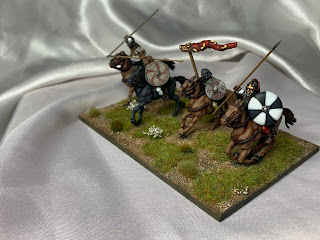 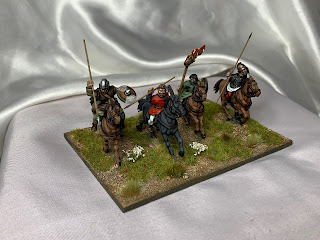 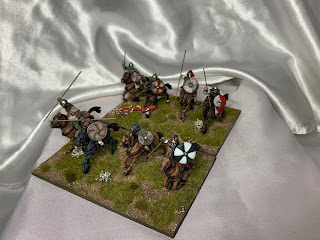 The Heruli were often mentioned during the times of Justinian, who used them in his extensive military campaigns in many countries including Italy, Syria, and North Africa. The afordmentioned Pharas was a notable Herulian commander during this period. Several thousand Heruli served in the personal guard of Belisarius throughout the campaigns, and Narses also recruited from them. They were a participant in the Byzantine-Sasanian wars, such as the Battles of Dara or Anglon. 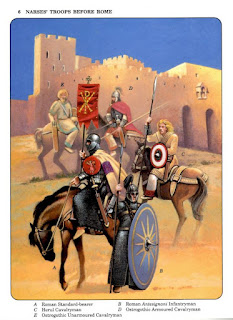 I used this miniatures because all the illustrations and reconstructions, like the previous one, I have seen so far, depict Heruls as (mostly) unarmored horse lancers.

In further post I will show here the complete Early Byzantine army I have so far for the battle of Dara 530 dc.