A few weeks ago, I was lucky enough to witness one of the few times that worthwhile miniatures appear on Ebay !!

Of course I prefer painting my own armies, but sometimes, it is nice to have miniatures painted by good painters, it saves time (but not money!) and armies grow faster and are playable sooner. 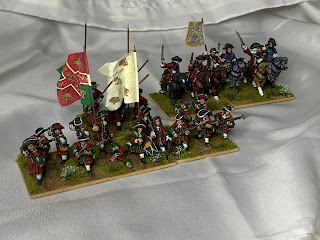 I guess these miniatures were painted by Artmaster Studio, and have now ended up for sale on Ebay (fortunately, at a lower price than a high quality commission would cost).

The units I won in the auction are the following: 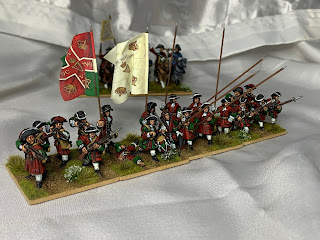 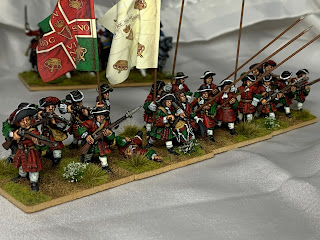 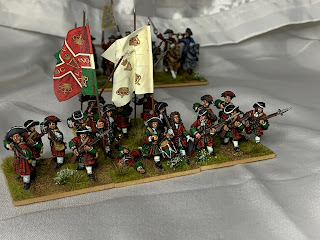 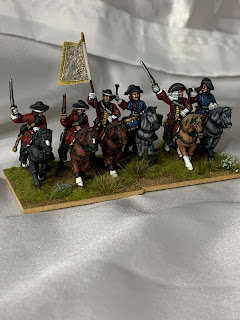 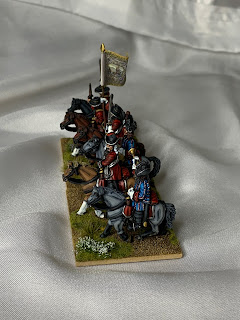 The reason for using the Dillon regiment is that it fought, among other places, in Catalonia during the Nine Years War, and many of the battles that I play in my wargames, take place there.

The cavalry unit is a squadron of Dauphin gendarmes, this company was created on December 13 1665 for the Grand Dauphin (son of King Louis XIV). It initially counted 300 men.

These two units will reinforce my existing French army of the League of Augsburg War :) 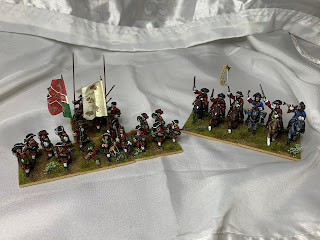