Since 2015 I'm involved in an ambitious project. A few years ago I asked for opinions on plastic models of galleons in order to convert the model kit into a wargames ship,  for naval skirmish games, secenery and such.  I can use it as naval gunfire support in field battles, like Niewpoort or the Dunes, or in siege operations like Tarragona, Barcelona or Dunkirk.

Now there are games such as "Blood & Plunder" that involves ship fighting and land skirmishes together, and you can adapt a ship with home rules to almost every wargame rules, using it as a mobile artillery battery or a building that can be occupated.

As it is a display model kit, it comes with the complete hull, so I decided to make it "waterline" by a major conversion of the hull, cutting it very carefully, in order not to break it . Then I needed to sand it down.

With the 2 part hull already glued, the fun began with the true building process. 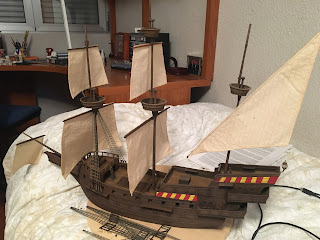 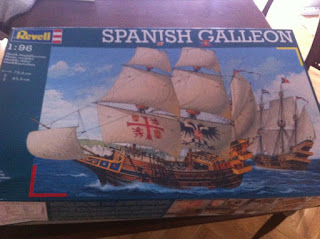 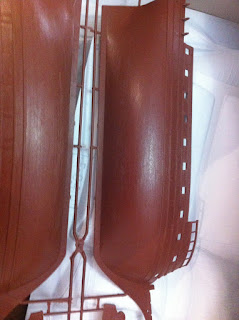 the two part hull prior to cutting it 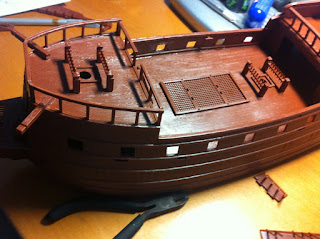 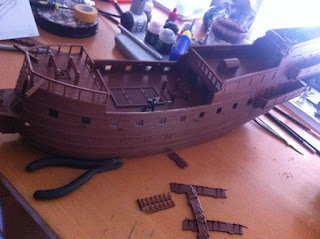 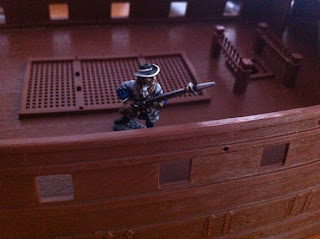 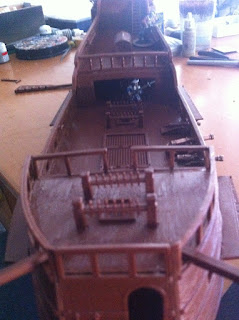 I used tamiya paints and airbrushed the base colours, and then all the highights. As its bare plastic, I tried to emulate the wood planks by painting different planks in creamy colours andeveral shades of browns with brush , these planks were later unified with oils, and drybrush 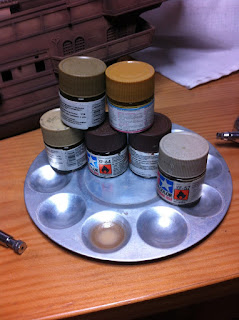 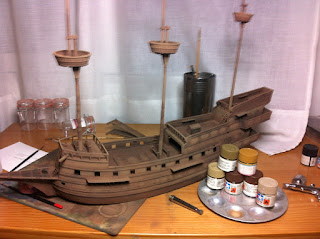 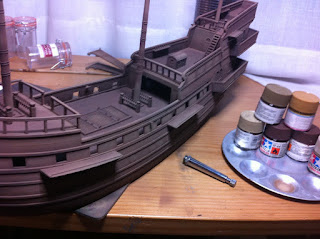 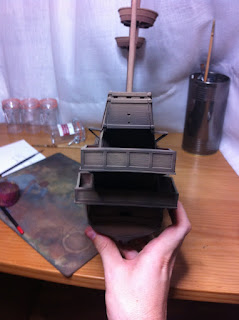 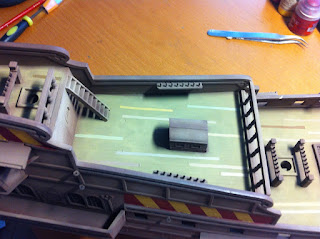 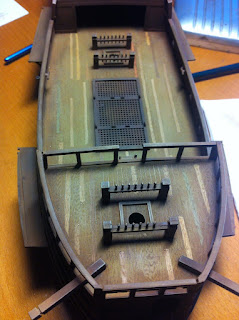 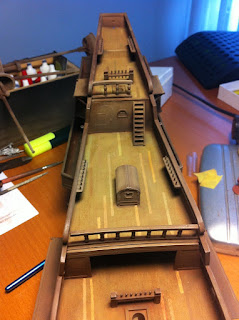 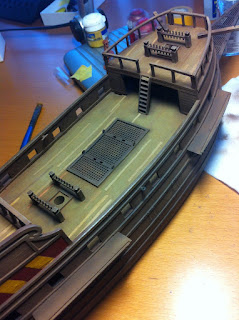 at this stage, it starts to resemble a galleon :)


There is still a lot of work to do! I have replaced the kit's plastic lantern (boat lantern) with a metal and "glass" one purchased from a model ship shop, and purchased metal and wood cannons as well as deck light guns 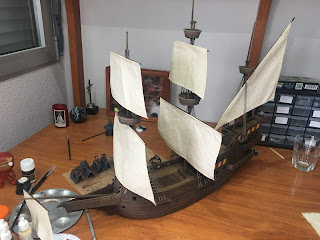 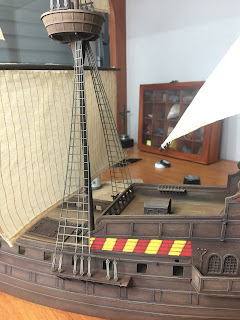 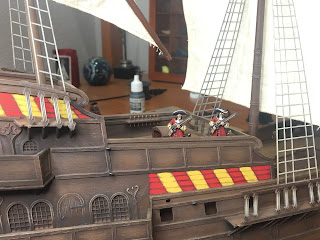 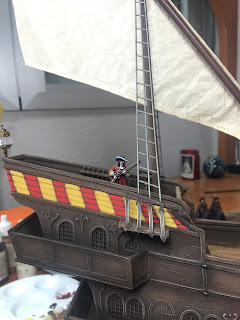 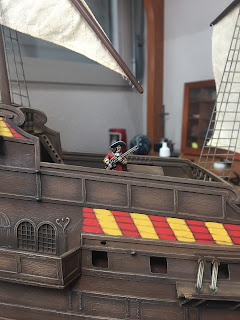 As you can see, the masts were added and painted, as well as the ratlines, with a simple drybrush, the sails are true cloth sails,  bought in Radek's ship store, great service, but not cheap!  the sails of the plastic ship were terrible (imho) so replacement was compulsory for me...
I painted a red and yellow pattern as it was common in early galleons in Spanish service. I also used some Northstar 1672 miniatures to show you the compatibility of scales (they are Tercio de la mar de Napoles) Spanish Neapolitan Marines.

Nowadays you can find a fantastic galleon by Firelock games, but I think it costs more or less 300$, so my option was more than good, for 65 euros (plus cloth sails).

Now the most boring part is rigging the ship, but this is a gaming ship, so the rigging will be VERY simple, because is difficult to playe with a lot of ropes over there, and it is time consuming too!  guns,  anchors, flags and some rigging and the ship will be finished, I will definitely complete this post with a part II.

Thanks for watching!
Posted by Jose Maria Cagiga at Tuesday, March 24, 2020