This month I have finished (finally) the last of the five provincial tercios based in the Iberian peninsula, for my late XVII c. Spanish army.  Tercio de Burgos, known as the Old Yellows or "Amarillos Viejos".

We know the flags and the yellow uniform, BUT some sources say the cuffs and leggins were blue and others say they were red...  I preferred painting them in red, but the blue option seems to have more historical weight.

Anyway, this Tercio was formed on 22 January 1657, and  Don Geronimo de Benavente y Quiñones was appointed as Maestre de Campo of what would become the Amarillos Viejos. It first actions were in the war against Portugal until 1668 when it gained its independence.

In 1664 it became Tercio Provincial de Burgos, a veteran unit which fought against the French in the Franco Dutch War 1672-78 and in the League of Augsburg War 1689-97,  fighting in every major battle in those conflicts in the Catalan front of the war, like battle of river Ter in 1694 and Barcelona in 1697 just to name a couple.

The miniatures are mostly Northstar 1672/ Phoenix Miniatures  Spaniards, with some additions like the officer and a couple of pikemen which were  sculpted for me by a freelance.  There is also a Northstar 1672 Swiss musketeer, converted into Spanish with a plume and front lappels added, just to add some variety.

The flag is by Adolfo Ramos Flags,  and the painting was with Vallejo and Foundry paints. As yellow is a tricky colour to paint over black (and over every colour!) I airbrushed a desert yellow or ochre colour to the whole unit to serve as a second primer or base colour, then washed over and painted in the Foundry style "triads" but with 4 and 5 highlights in most cases, trying to blend the different colours in thin layers, using the excellent GW "Lahmian medium" instead of water.

Enough talking, here are the minis: 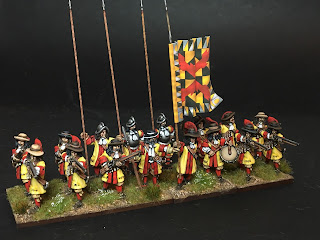 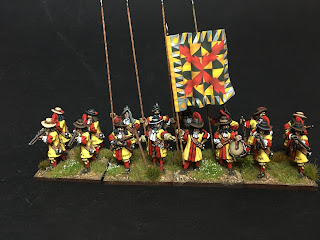 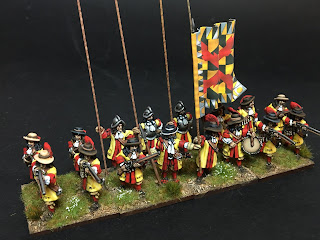 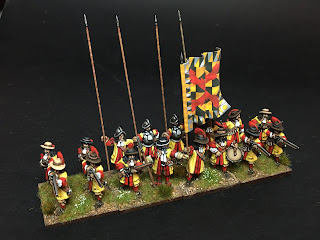 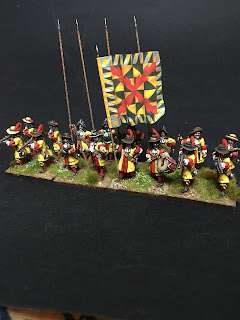 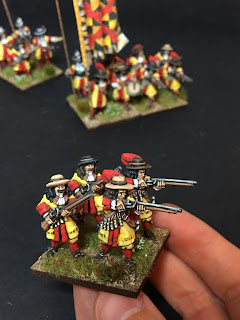 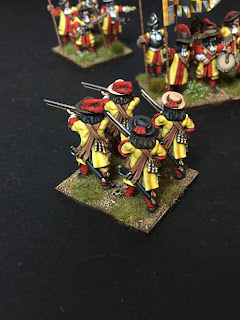 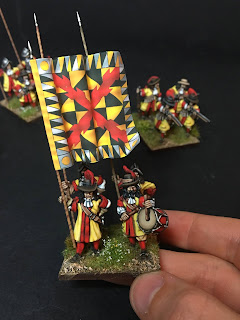 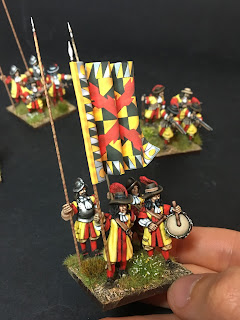 the pikeman on the left was sculpted just for this project. 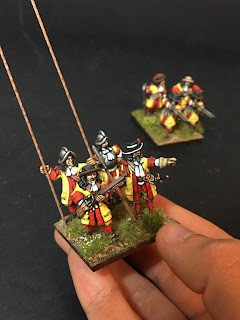 the officer was sculpted for this project. 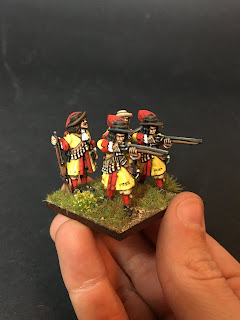 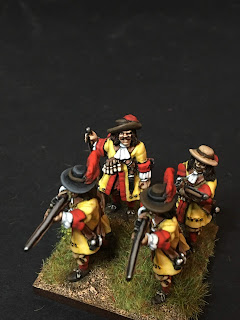 Swiss on the back and left, was converted with greenstuff feather and front lappels in red. 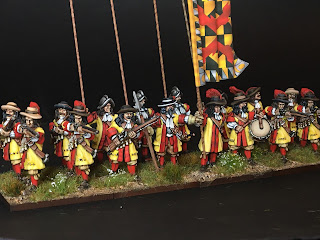 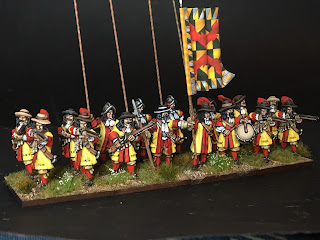 by the way, there is even a beer called "Amarillos Viejos" ! 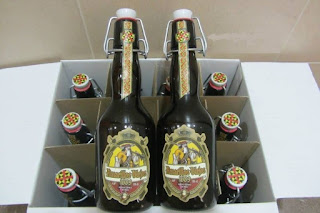