A few months ago, I started a TYW French army, I have already a command base, a cavalry unit and artillery, but no infantry finished so far, so here you have the first infantry regiment painted; Picardie regiment.

As I am a slow painter, I decided to speed up the process by commissioning some musketeers to the very talented Toby, from Artmasters Studio ( I highly recommend them) because his painting style is similar to mine, so the painted miniatures look nice together.  I based the miniatures and put some grass on the bases. The miniatures are a mix of Foundry, Warlord and Bicorne.

In a few days I will finish another regiment, Turenne, with the mentioned commissioned musketeers and the pikemen and command painted by me. Also an English regiment (for 1656-58) or Rebel Catalan Tercio pro French (1640-58) will be finished in the near future in order to make this small army playable with 3 foot units, 2 horse units, arty and command. After that, it will be expanded with more native french infantry, dragoons, more artillery... 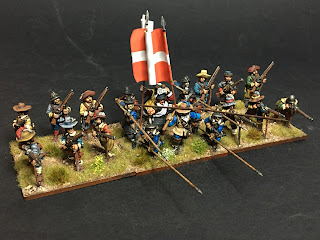 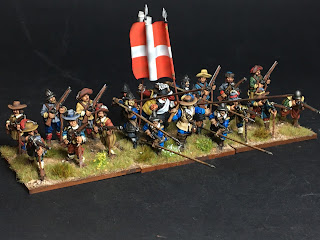 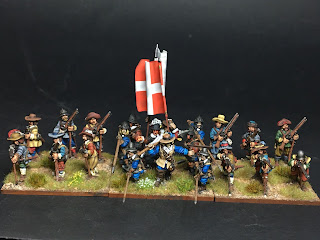 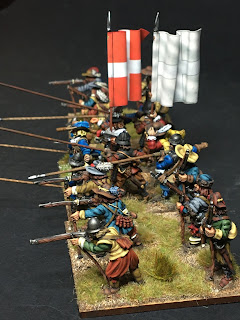 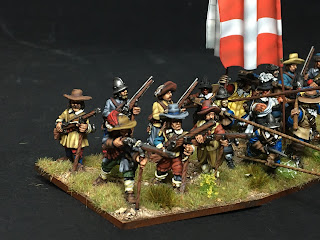 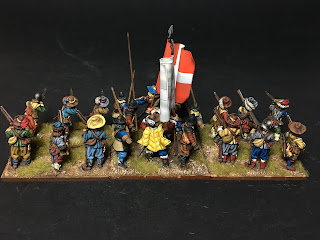 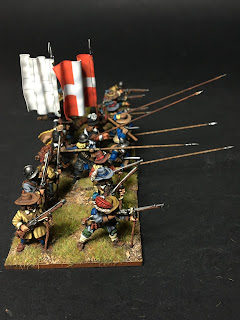 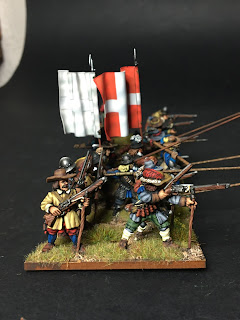 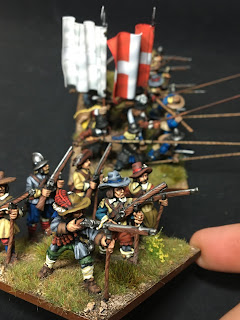 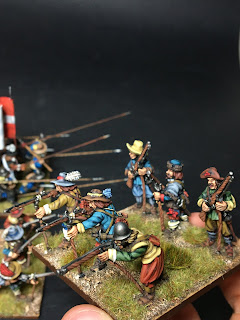 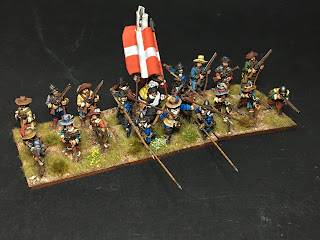