I have just finished a new unit for my Spanish army, a squadron of horse of  Cuirassiers, I have used the flag of (presumably) "Tercio of Mastaing",  a Spanish/Walloon Cuirassier regiment of the Army of Flanders,   Of course this unit is equally suitable for the Portuguese-Spanish war (the latter part of the conflict), War of Devolution, Franco-Dutch War etc.  I guess this soldiers could stretch roughly from 1660-85.

Please note that these Cuirassiers are NOT from any manufacturer, and its quality is average...(although the leader is a converted NorthStar 1672 line cavalry trooper),  they were sculpted by an amateur sculptor and casted just a few models for this little project.  The horses are NorthStar 1672. I wanted to match the style of Northstar because I love that range and a big part of my collecion is Northstar's.

The uniform is buffcoat or yellowish coat, with red cuffs over the elbow, a Spanish morion and breast and back plate.

Their uniform also match the one used by Don Juan Jose of Austria Cuirassiers guards, in the ill fated invasion of Portugal in 1662-63.

The flag is scanned from the book "Spanish Armies from the League of Augsburg War" and included in an older book of flags captured by the French. 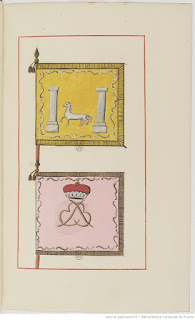 the figure on the far right is a cuirassier from this period. 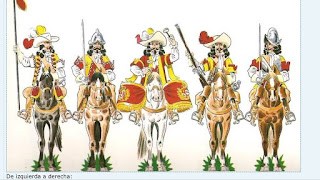 the miniatures were painted in Vallejo and Foundry paints 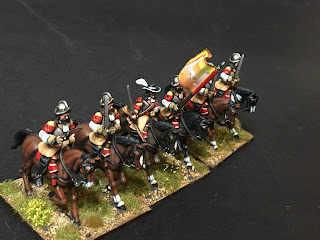 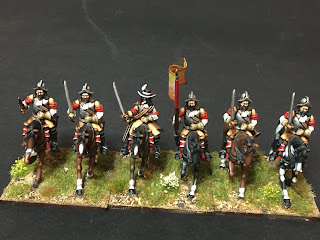 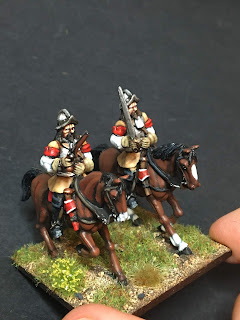 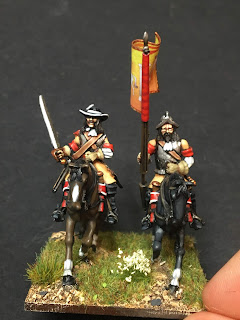 The flag pole or cornet is a plastic arm from Warlord's ECW range. 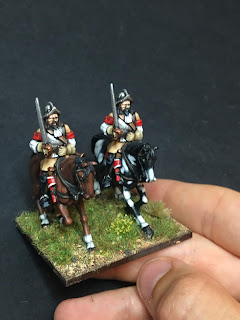 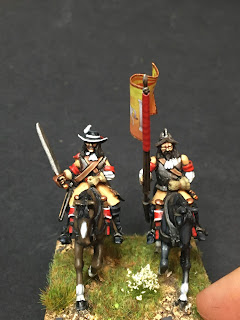 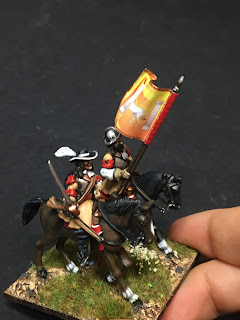 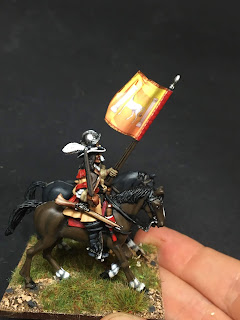 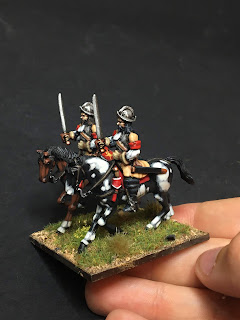 I wanted to add a Piebald horse, typical of XVII c. 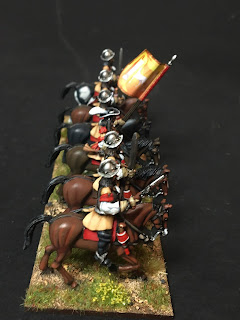 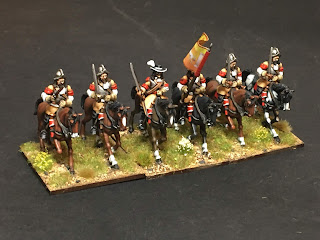 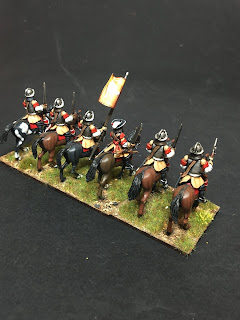 Cheers and thanks for watching!